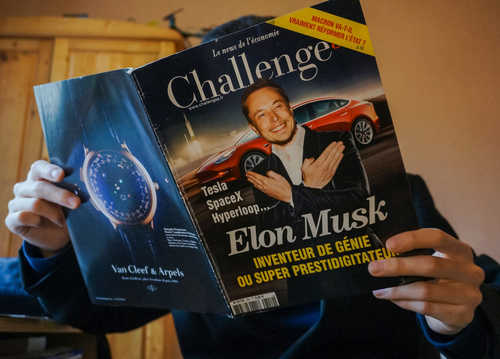 (RoyalPatriot.com )- It’s already been a tumultuous ride for Twitter owner Elon Musk, and he hasn’t even owned the company for a month yet.

Late last week, he said that it’s possible the company could file for bankruptcy, one the same day that a major privacy agency in the United States issued the social media company a warning, and as its leader of trust and safety departed.

On the first mass call that Musk held with his new employees last week, he said that he couldn’t rule out filing for bankruptcy. Bloomberg News reported this information, which came out only two weeks after Musk purchased Twitter for $44 billion.

Many credit experts have said that the price tag Musk paid for the company, coupled with some of its existing financials, puts the company in a precarious financial position.

Twitter is apparently losing as much as $4 million each day after advertisers left the platform after Musk took over. That’s one reason why Musk instituted massive layoffs across the company.

Before the call was held, Musk emailed all employees at the company saying Twitter wouldn’t have the ability to “survive the upcoming economic downturn” if they weren’t able to boost their subscription revenue, which was needed to offset the drop in income from advertising, three sources told Reuters.

Thursday was a whirlwind day for departures at the company, too.

Yoel Roth stepped down from his position at Twitter where he oversaw the company’s response to hate speech, spam and misinformation. He even changed his Twitter profile to “Former Head of Trust & Safety.”

Reuters also reported that on Thursday, a lawyer who serves on Twitter’s privacy team posted a message on the company’s internal Slack messaging channels that Marianne Fogarty, the chief compliance officer, and Damien Kieran, the chief privacy officer, also resigned from their positions.

One person who did announce that she was staying at the company on Thursday is Robin Wheeler, who serves as its top advertising sales executive. She sent a memo to employees that she would be remaining at Twitter, despite media reports that said she would be departing.

Following all these departures, the U.S. Federal Trade Commission announced it was watching the company with “deep concern.” It’s possible that Twitter is at risk now of violating regulatory orders since they don’t have experienced people in place to lead teams.

That was a possibility that Musk quickly shot down, though. On Thursday, Alex Spiro, an attorney for Musk, wrote an email to employees saying the company would be able to be in compliance still.

“We spoke to the FTC today about our continuing obligations and have a constructive ongoing dialogue.”

He also reassured employees that they couldn’t be held personally liable for any of those orders. He wrote:

“I understand that there have been employees at Twitter who do not even work on the FTC matter commenting that they could (go) to jail if we were not in compliance — this is simply not how this works.”