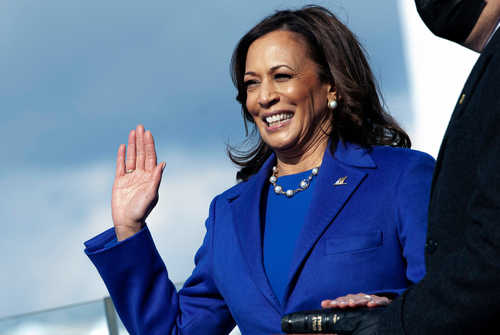 (RoyalPatriot.com )- The United States will stand firmly behind the Philippines if the country were to be under attack, according to Vice President Kamala Harris.

While speaking with Ferdinand Marcos, the president of the Philippines, in Manila on Monday, Harris reiterated America’s stance that any attack on Filipino ships and aircraft would trigger a military response from the United States. She said this as tensions are come to a boiling point in the South China Sea.

As she said to Marcos and the people of the Philippines:

“We stand with you in defense of you of international rules and norms as it relates to the South China Sea. An armed attack on the Philippines Armed Forces, public vessels or aircraft would invoke U.S. mutual defense.”

Harris was referring to a commitment the United States made to its ally back in 1951 as part of the U.S.-Philippines Mutual Defense Treaty. The vice president was reaffirming to Marcos and all Filipinos that the U.S. would stand by this commitment as tensions between China and the Philippines have escalated recently.

In fact, before Marcos and Harris Met, a military commander from the Philippines accused a ship from China of using force to take control of a rocket part that was behind towed behind a ship owned by the Philippines in the South China Sea.

Reuters reported that China not surprisingly denied that it used any force at all to take control of the rocket. Instead, the Communist country said the Philippine ship ended up handing the object over to the Chinese ship after some friendly negotiations completed.

In recent months, China has been attempting to flex its muscle in the South China Sea as part of an effort to establish its sovereignty over the region, which is rich in resources. This has included the country building new military installations and creating completely new islands.

In response, the United States has reaffirmed its partnerships with allies in the Asian region as it looks to counter the efforts that China is making in the sea to increase its influence. China has also issued threats to Taiwan, essentially saying that the sovereign country is part of China.

What Harris said earlier this week was not out of line with what other top brass in the Biden administration have said in the past. In July, Antony Blinken, the U.S. secretary of state, vowed “that an armed attack on Philippine armed forces … would invoke U.S. mutual defense commitments.”

The comments Harris made were part of general discussions the vice president held with Marcos that eventually led into the mutual partnership between the two countries on issues such as climate action, economic and security matters.

In addition to the statements of support, America allowed $82 million to strengthen the Enhanced Defense Cooperation Agreement, or EDCA, that was established by both countries back in 2014.

The White House published a readout about it that read:

“This investment, and forthcoming additional allotment, will complete 21 projects, enabling the United States and the Philippines to build lasting security infrastructure to promote long-term modernization, build a credible mutual defense posture, maintain humanitarian assistance and disaster relief capabilities, and enhance the strength of the alliance.”