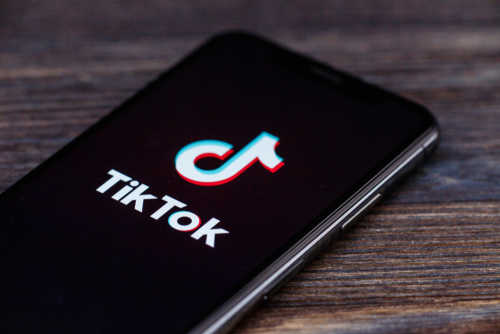 (RoyalPatriot.com )- The latest trending “challenge” on TikTok is being exploited by hackers as a way to steal passwords, credit card information, and Discord accounts from users.

In the “invisible challenge,” users film themselves naked while using TikTok’s “Invisible Body” filter to blur out their bodies making them appear invisible.

Hackers are now exploiting this trending challenge by making videos offering special “un-filtering” software that will remove the “Invisible Body” filter and expose the naked bodies.

But the software is fake. Instead, users signing up for the “software” unleash the “WASP Stealer (Discord Token Grabber)” malware onto their devices. This malware allows the hackers to steal accounts on the instant messaging platform Discord, as well as the passwords and credit cards stored on browsers. WASP Stealer is also able to steal cryptocurrency wallets.

Security software company Checkmarx reported that two TikTok users had posted videos promoting the alleged fake software along with a link to join a Discord server so they could receive it. Those two accounts have since been deleted from TikTok but not before over 30,000 users joined the Discord server to get the software.

Officials in Washington have repeatedly warned that TikTok poses a national security threat and that user data could fall into the hands of the Chinese Communist regime.

TikTok and its parent company ByteDance have denied such allegations, claiming user data is stored on servers outside of mainland China and the platform does not provide Beijing access to that information.

On Wednesday, South Dakota Governor Kirsti Noam ordered all state employees and contractors to remove TikTok from their government-issued devices due to the platform’s data-gathering operations on behalf of China.

It is estimated that TikTok has over 700 million active users worldwide, about 100 million in the United States alone.